Few athletes represent the relationship between European and North American basketball better than Dirk Nowitzki and yesterday, on September 01, 2022, it was quite a special moment as Germany's National Team retired Dirk Nowitzki's No. 14 jersey in a ceremony held at Lanxess Arena in Cologne, Germany, just before a game of EuroBasket 2022, the event was attended by Luka Doncic, Mark Cuban, Jason Kidd, Nico Harrison, and Michael Finley.

The No. 41 the Dallas Mavericks' legend had already been honored in a similar way at the American Airlines Center, but yesterday he made history as the first German basketball player to have his jersey retired by Germany's National Team. Nowitzki defended his country 153 times in international confrontations.

A native from Würzburg, Germany, the 44-year-old forward began his professional career in the United States as the 9th pick in the 1998 NBA draft selected by the Milwaukee Bucks, but he was traded right after to the Dallas Mavericks where he played for 21 years ending his career in 2019. 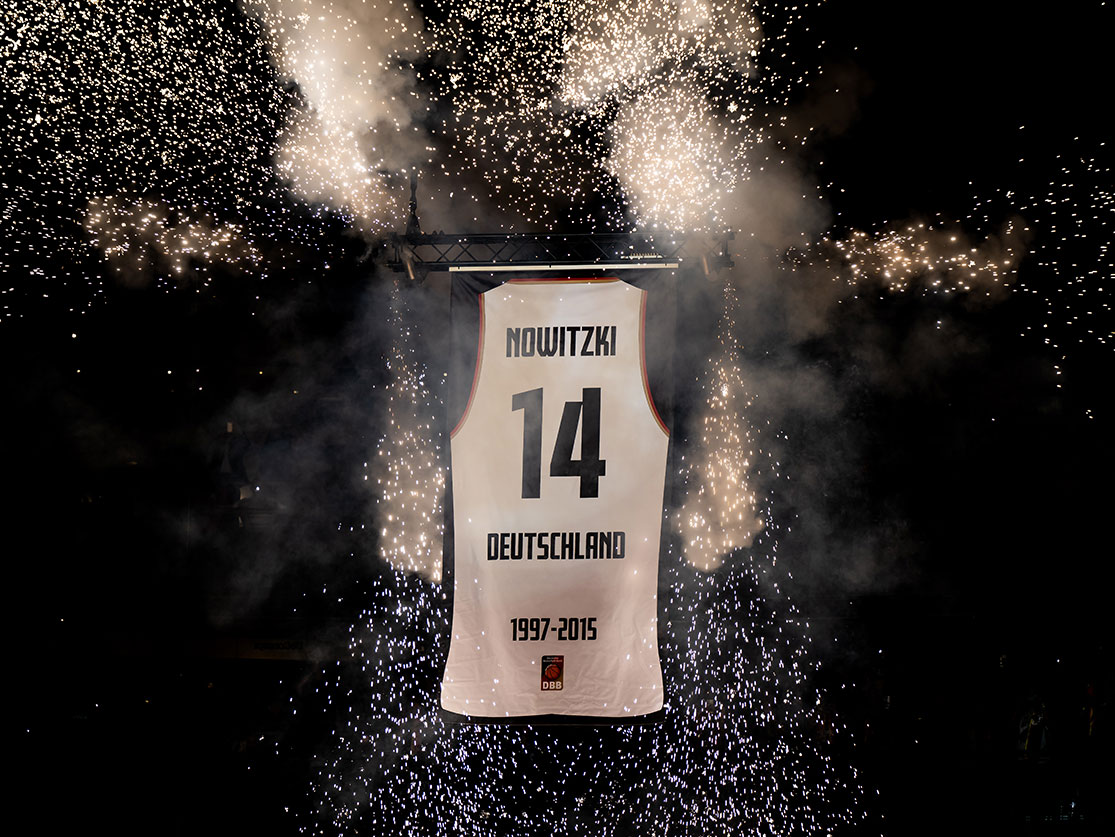 The forward made international headlines back in 2004 and 2006 when he scored over 50 points in 2 games, one against the Houston Rockets and the other against the Golden State Warriors.

Nowitzki's biggest achievement came in 2011 as he was one of the key players who led the Dallas Mavericks to their first championship with an incredible performance against the Miami Heat, he was fully in charge of the offensive aspect of the game until the very end.

The pride of Dallas has now been immortalized in Germany.